Tomas Kurtén, the CEO of Vaasan Sport, appreciates the long-term cooperation with Escarmat 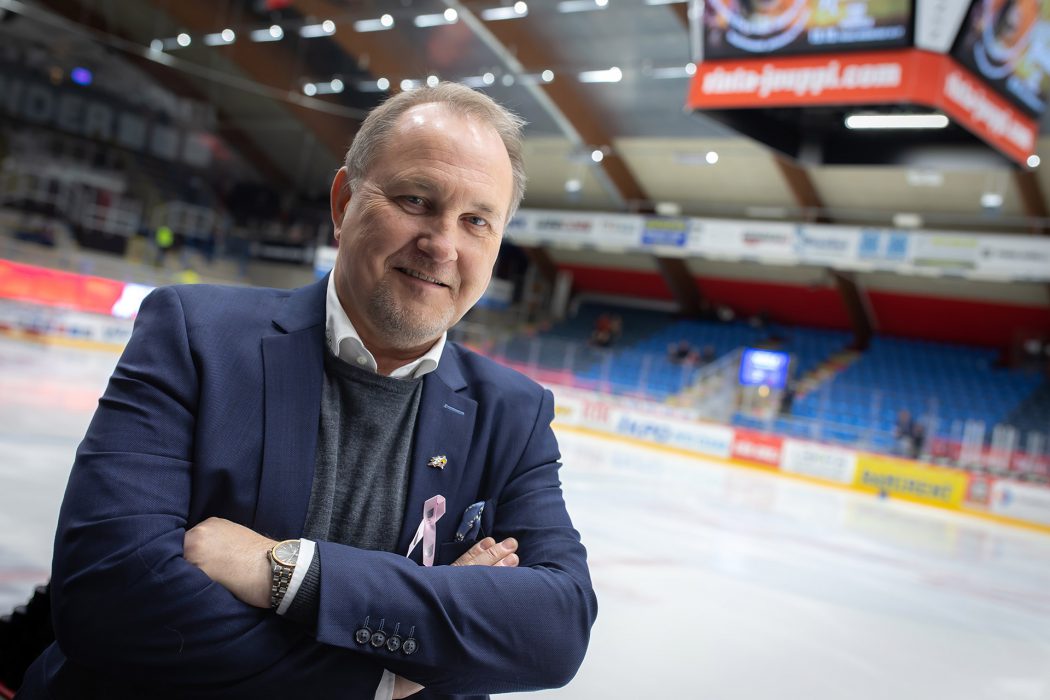 Prior to joining Vaasan Sport as the CEO, Tomas Kurtén worked in Denmark as a manager of a large travel group and as a consultant in Helsinki.
12.11.2019 |
News

The cooperation between Vaasa Sport and Escarmat has continued uninterruptedly since the season of 1994-1995.

The Finnish Champions League is on and Escarmat is back on the ice. The cabinet manufacturer’s logo has captured even one of the b-points of the Vaasa Sähkö Arena. In addition, Escarmat gets hit by pucks in the front of the goalies’ jerseys.

In the 90s, the cooperation between Escarmart and Vaasan Sport was very creative. At that time, almost half of the players were working for Escarmat. The company allowed players to work flexibly, allowing them to go to mid-day ice training, for example.

Tomas Kurtén, the CEO of Vaasan Sport since 2016, says he is well aware of the long history of cooperation between Escarmat and Vaasan Sport.

“This has been the kind of partnership we hope to find. However, we do not take anything for granted, but always want to reward our partners with the highest possible added value”, Kurtén emphasizes.

At present, cooperation between clubs and companies can involve very wide visibility and a wide range of services. In practice, this means not only a variety of advertising solutions, but also visits by players to corporate events.

In addition, seasonal cards made available to the personnel and customer events held in connection with home games are popular.

“We have many different options from which we can tailor a package that serves the partner company as efficiently as possible. All companies’ own ideas are also welcome, of which this article is a good example. It is great that the partnership is utilized in the most multi-dimensional way possible”, says Kurtén.

“However, there is another value to sports fan culture that we also want to cherish, and that is loyalty”

Veikko Junttila, the CEO of Escarmat

Although the Vaasan Sport season has started with mixed success, Veikko Junttila, the CEO of Escarmat, is not bothered about it.

“One of the ways to look at sponsorship is the visibility of the company name, and the reputation and honour that come with victories. However, there is another value to sports fan culture that we also want to cherish, and that is loyalty”, Junttila points out.

He says the long partnership with Vaasan Sport is communicating how Escarmat views its stakeholders.

“In sports, your own team is trusted, encouraged and coached to perform better. That is the way you should act in business as well, whether you are a customer, supplier or employee”, Junttila sums up.

The activities of league clubs today are in many ways comparable to regular business. Vaasan Sport has an annual turnover of approximately 5 million euros and it has 40 employees. Approximately 60% of the revenue comes from business partnerships.

In addition, the Vaasa Sähkö Arena expansion project is underway in Vaasa and will be completed for the season of 2020-2021. The expansion also requires a significant investment of 800,000 euros from the club.

As a result, the second floor of the arena will have a restaurant world and a new end stand, bringing the audience capacity to 5,000 people.